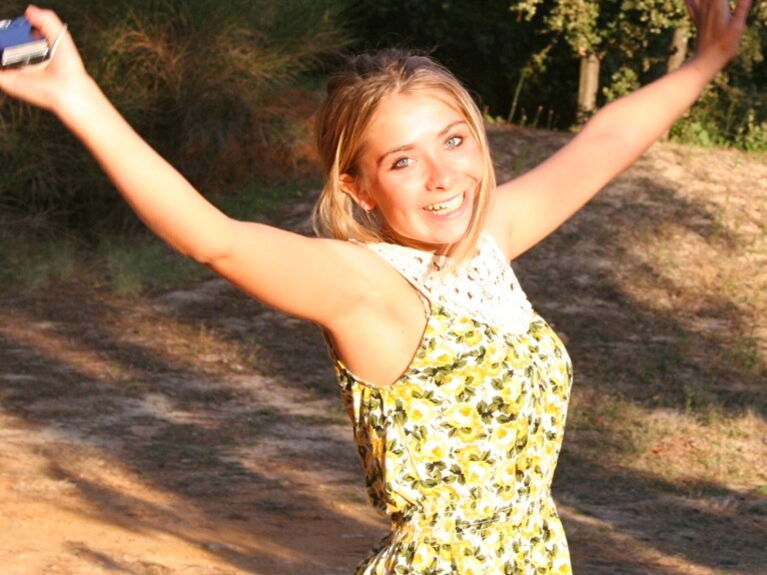 Cure Leukaemia is a charity based in Birmingham which is set up to improve outcomes for blood cancers -
Professor Charlie Craddock CBE, Co-founder Cure Leukaemia says: "We are now one of the leading centres in the world for the development of new drug and transplant treatments for patients with blood cancers. This is not only a great benefit to patients in the region but also to the reputation of Birmingham as a home of world-class medicine; in other words this is world-class made in Birmingham."

We support it by donating 1p per UK pint of Hogan's Cider sold.  Our daughter Alice died of leukaemia in 2012 after nearly two years of treatment aged 21.   These are Alice's words:
Hello, I’m Alice Hogan, I’m twenty one year’s old and I have been given a matter of weeks to live.
I was diagnosed with Acute Myeloid Leukaemia (AML) in November 2010 whilst at university. I was treated with chemotherapy at Guy’s hospital in London. I was looking forward to going back to university, however 3 months after completing treatment I relapsed in July 2011.
I transferred to the Queen Elizabeth Hospital Birmingham under Professor Craddock, where I had more chemotherapy, total body radiotherapy and finally a bone marrow transplant from my brother. Again I was looking forward to getting on with life and going back to university, however at the end of June 2012 I was told I had relapsed again. At this point there was little my medical team could offer me.
Professor Craddock is incredibly committed to running research trials and through this I hope that one day someone in my situation may not have such a bleak outlook and families will not have to face the possibility of losing a son or daughter, brother or sister.
Cure Leukaemia raises money to fund Research Nurses in the Queen Elizabeth and other hospitals in the West Midlands, and for every £10,000 raised for a research nurse, 10 times that amount is contributed from pharmaceutical companies. This combination is used with the skills of the Life Sciences department at Birmingham University to push forward the development of a cure.
A friend of our family, Nigel Southern, is cycling from Land’s End to John O’Groats, starting on 16th July, a distance of 950 miles without any support - which basically means he’s carrying his own luggage. I’m asking you to sponsor him on his ten-day journey. If we can raise £10,000 it’ll be a little more help in funding the quest for a cure for Acute Myeloid Leukaemia.
Thanks for listening - Alice.
Nigel did the cycle and they raised  £72000, a little more than Alice was anticipating!
So if you are drinking a pint of Hogan's please say cheers to Alice, our much missed, lovely funny feisty and caring daughter.