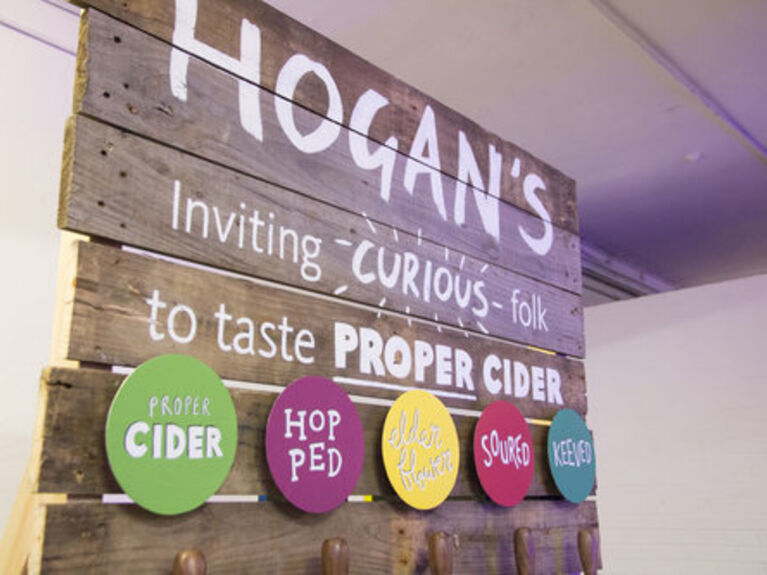 We recently took our craft cider bar to the Birmingham Beer Bash and got some pretty direct feedback straight from the horses mouth...

I wish I could have recorded the customer reactions to Killer Sharp - we had toyed with calling this one "Mouth Puckerer" in the early development stages and this was definitely what we saw. The hot Summer night drew in the Killer Sharp drinkers with its ability to slake the thirst and offer unrivalled refreshment.

There were lots of oooh's and ahhh's at the first taste of kegged Wild Elder, this proved to be a crowd pleaser and made us think we should have picked more Elderflower.

French Revelation with its bold, traditional, tannic flavour and smooth velvety finish delighted and surprised drinkers in equal measure and proved that sometimes the old way really is the best (and that the French know a thing or two about quality alcoholic tipples).

But it was the Hip Hop that split the pack. Hopped Cider is a slightly bizarre concept bridging a gap between the beer world and cider land - is this even a bridge that needed to be built? Yes, as we discovered from the Beer Bash drinkers comments. Hip Hop pleased drinkers across the board - from super hoppy beer drinkers to those who preferred choice is a Strawberry and Lime Rekorderlig. Lager drinkers, cider drinkers, whiskey and red wine drinkers all gave it the thumbs up - and that's exactly what we wanted to do with the innovation range - encourage repertoire drinkers into the category, show them the versatility of cider and encourage them to stay with us.

The new range of ciders has gone down so well we have introduced a Perry to the 30 litre key keg range - Lonely Partridge.

Thanks to the early adopters embracing the innovation range including:

As always, we love hearing from you guys, so let us know what you think of the new range or find us on facebook , twitter & Instagram.

Or if you'd like to know more about stocking our innovation range of ciders email Richard or call us on 01789 488433 to arrange a visit.