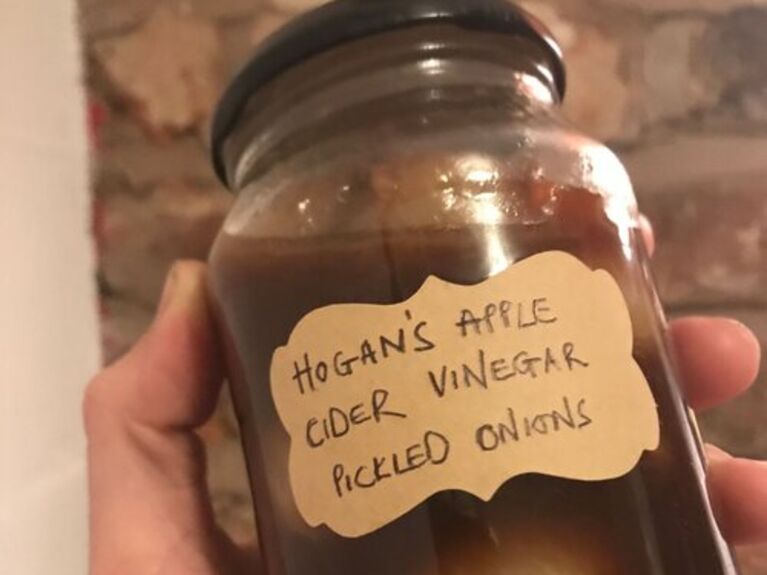 It goes without saying, it’s been a tough week for everyone. We hope you’re all keeping well, mentally and physically, and finding the positives in a pretty tough situation. It is very apparent how indiscriminate COVID-19 is, there are very few corners of society which have not been affected. That said, it has been lovely to see some sun this week, and a glimpse of cider season which will go ahead regardless - the sun will shine and the apples will grow.

Speaking of seasons, it isn’t pickling season but in a bid to not leave the house, and preserve some beetroot/red cabbage/onions, I’ve tapped into the huge bottle of Hogan’s apple cider vinegar and got pickling. I used a pickled onion recipe from Hugh Fearnley, here’s the link if you’re interested https://www.rivercottage.net/recipes/dressed-up-onions

We’re still working on the label for our vinegar so it’s not something we’ve officially released yet, however in order to support any new pickling hobbies in the making, we will be making our vinegar available to buy from our online shop.  We’ve been selling our vinegar to two of our most local and long standing customers, The Turks Head in Alcester, and The Broom Tavern, they’ve got through double figures of litres now and we’ve had some reassuring feedback!

Apple cider vinegar isn’t just for cooking and pickling, some claim it helps control blood sugar (there are some studies to support this), helps get rid of dandruff, relieves itching from bites and stings, cleans hair, relieves minor sunburn, clears acne, eases heartburn, some even say it cures hiccups. In addition to what it can do for us, there is also some evidence that apple cider vinegar helps our dog friends keep fleas and ticks at bay, and treat arthritis and stiffness in later life.

What makes our cider vinegar different to mass produced apple cider vinegar?  Most importantly, ours is made from traditionally fermented, pure cider apple juice. It’s unpasteurised and contains the mother.  Most mass produced cider vinegars are made industrially, and cheaply, using dessert fruit and imported concentrate - similar to how mass produced cider is made! In contrast to dessert apples, cider apples have much higher levels of antioxidants.  As well as lacking antioxidants, this cheap and quick process does not allow the vinegar ‘mother’ to form, which is the most important part.

We’re already looking forward to the street parties once things have got back to a new kind of normal.

All the best,
Sophie