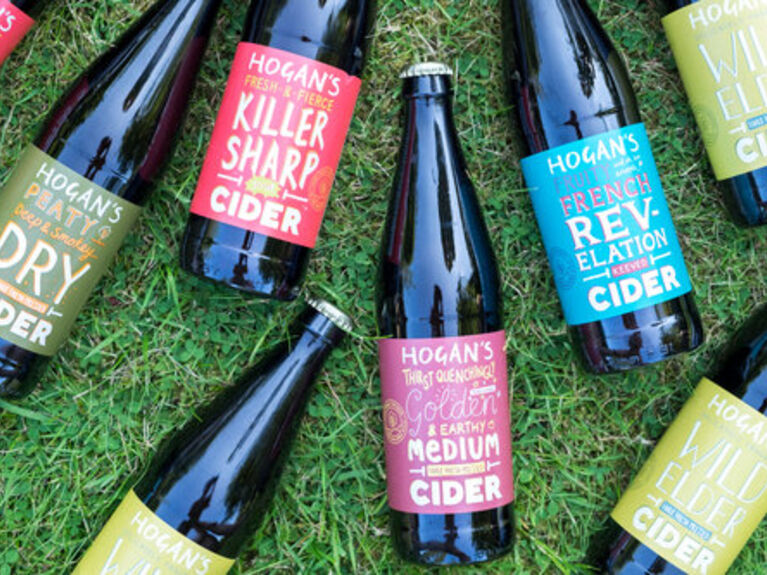 We need to get into some HMRC regulations but stick with me if you believe in #craftnotcrap.

Ok, so cider and what you can use to make cider is regulated by something called Notice 162  .  So you are right to assume apples (but only a minimum of between 25% and 35%….) and sugar plus acidity regulators and sulphites.  Can you imagine the French being happy with their wine being made with as little as 25% grapes.....
Cider makers who make at least 7000 litres a year must pay duty on the cider they produce to HMRC.  So if it meets the regulations of Notice 162, the cider duty rate is levied.

If however, you wish to add something to your cider such as Hops, Elderflower, as we do, it is subject to something called ‘made wine duty’.  This is more than double the amount of cider duty at up to 4% abv and increases to approximately 3 times the cider duty at above 4% abv.

So we pay HMRC the made wine duty rate on our Hopped, Elderflower and Mulled Ciders as they don't meet the requirements of Notice 162 even though they are just our base ciders infused with hops or spices or elderflower and consequently we have to sell these ciders at a higher price.

Why then is there such a profusion of flavoured ciders such as Mango, Raspberry, Ginger etc at costs which aren't prohibitive despite the higher duty rate of the made-wine category?

Well, when HMRC classify something as made wine, it is not subject to the minimal apple restrictions of Notice 162…...but it is still called cider....
Where are Trading Standards??